The final phase of the Saif Lusail project was awarded

Lusail Real Estate Development Company has launched a tender for the development of utility facilities for the two commercial waterfront and southern Seif Lusail facades of the consortium of Hamad Bin Khaled Contracting and QBC, following the competition of more than one Qatari company to win this award. Tender. 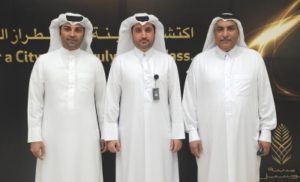 Lusail has always been keen to cooperate with local contractors who are the mainstay of the local economy, and we are proud of our collaboration with one of the best local construction companies,” said Essa Galadari, CEO of Lusail. This business fits in with Lucille, which is classified as a smart city built to the latest international models.

HE Sheikh Ali Bin Hamad Al-Thani, Chairman of Hamad Bin Khaled, said: “We are delighted to join the developers network in this huge project, which represents the largest real estate development project in the region. Qatar. 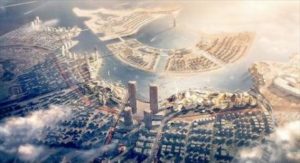 Mr. Ali Al-Mustafawi, General Manager of Qatar Construction Company (QBC), confirmed that the consortium has started preliminary work on the project and is expected to be completed by early 2016.

The projects of the central sector are large, including the implementation of drilling work estimated at eight million cubic meters, concrete work of about 2 million cubic meters, the construction of roads with an area of ​​450 thousand square meters, in addition to the implementation of hundreds of kilometers of drinking water, irrigation, Rainfall, all of these works are scheduled to be completed in two to three years.

It is worth mentioning that the city of Lusail extends over an area of ​​38 square kilometers, and is the largest project for the development of real estate in the State of Qatar, is scheduled to accommodate the city of 200 thousand residents and about 170 thousand employees and nearly 80 thousand visitors.